How To Stop Sinking Further Into Debt This Year 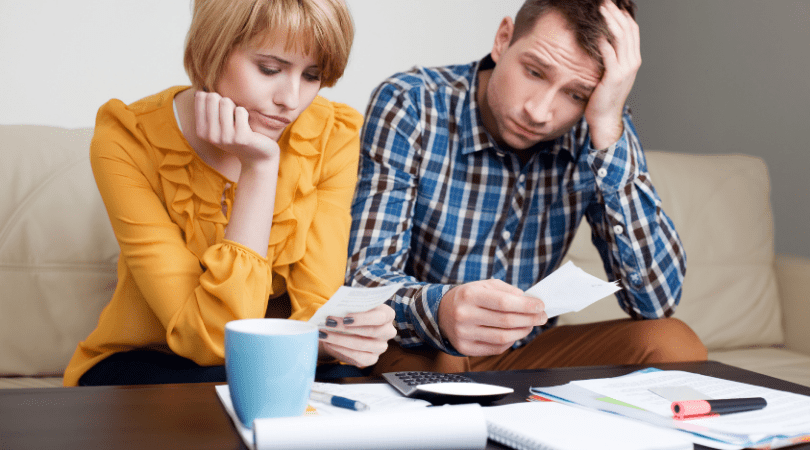 In her article this month, money coach and financial counsellor, RAEWYN BLOMFIELD provides tips on what you can do to rid yourself of unwanted debt created by unexpected expenses.

You know the number one reason people get trapped on the debt merry-go-round?

It’s because they couldn’t cover the cost of unexpected expenses.

Ever been in these situations?

A family emergency meant you had to fly across three states to sort it out. Everybody thanked you, but nobody took the hat around. It cost you $1600.

The car needed a major service. It’s important the car gets serviced when it is due, you’ve got to look after such a large asset. Surely $900 would be enough to cover it? It cost $1600.

In November you sat down and thought about Christmas. You decided you could afford $800 for Christmas – the gifts, the meal, the pre-Christmas socialising and end-of-year break ups. Your $800 goal vanished the second week of December. It’s now December 24th and off the top of your head, you’ve spent $1400 on ‘unavoidable’ Christmas expenses.

For the long summer holidays, you planned to take the family to a camping ground as usual. The mate you usually borrow a caravan from phones up two days before you are due to go and says: “Sorry mate. I need the caravan to house all the family descending on us this year. It was all a bit last minute.”  You were lucky to get a last minute cancellation of a chalet on site. It cost you an extra $700.

That’s $3600 of unplanned, unavoidable expenses. One of these situations you could handle, but the situation becomes a problem when another one-off cost crops up every couple of months or so.

Where’s the money come from?

You had $500 tucked away and the other $3100?  Perhaps it is now on your credit card or covered with a personal loan. Or maybe you increased the mortgage and clear the credit card. Whew! That solved it.

The real result? Each year you sink deeper and deeper into debt.

How can you plan for unexpected expenses?

It’s called unexpected because you don’t expect it.

We like to think that demands for large quantities of cash come from out of the blue, they are totally unexpected. But not really.

Most of the time we know something will come up. We may not know exactly when, or exactly how much, but for the most part we have no idea how we are going to pay for it, so we just pretend it won’t happen.

The truth is – genuinely unexpected emergencies are not that common.

Much of the time when large chunks of cash are needed, the situation could be identified in advance. We didn’t know how we would pay for them, so we just didn’t plan for or acknowledge the possibility.

Let’s look at the four situations described above.

How much were these under your control?

Family emergency:  Actually it had been brewing for a while. You were sick of the family drama and just wanted the thing sorted out. Never occurred to you it would cost that much.

Car servicing:  Again, you knew when it was due.  You knew it was for a 100,000k service. You knew these tended to be more expensive and the usual amount wouldn’t cut it this year.

Christmas spending:  You know the date of Christmas, it hasn’t changed for 2000 years. You had an idea of how much you spent last year. Did anything change?

Summer holidays caravanning: Your mate had warned you that his family came first, but things were okay last year, so you didn’t worry.

And the worst part?

The worst part is that uneasy feeling of not knowing when another expense will drop on your head, the feeling that your money situation is out of control.

What can you do?

This year will be different. Now is the perfect time to plan how you will anticipate and fund those big unexpected bills.

Money coach and financial counsellor, Raewyn Blomfield, is the principal of Money Health Money Wealth. Raewyn helps people to manage their money and take control of their spending and debt so they can achieve their financial dreams. If you would like to find out more about her services you can contact Raewyn by calling her on 0468 317 259 or simply send her an email.

General Advice Warning: This blog is not designed to replace professional advice. It has been prepared without taking into account your objectives, financial situation or needs. You should consider the appropriateness of the advice, in light of your own objectives, financial situation or needs before making any decision as to what is appropriate for you.